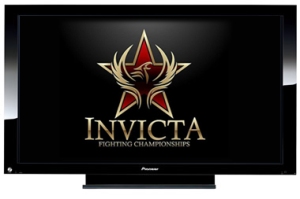 It has been an interesting few days to say the least in terms of our @wmmanews twitter feed.

With the reaction the open letter we posted Tuesday, it’s hard to react in 120 characters. So MarQ has decided to answer them here. We actually want to do these sessions more often as certain topics come up.

Before we dive into the Invicta questions, a point of clarification. The open letter wasn’t about “an announcement of an announcement”. What it was meant to do is curb some skepticism about Invicta and to calm those who were losing faith the announcement would ever be made. Things are going through as planned, but things happen during these contract negotiations that can’t be helped. The deal was always for the best benefit of the fighters first and foremost.

Obviously I am not privy to certain some of information e.g. the network where they are signing.

Since a lot of people were asking the same questions, I am going to summarize them and answer.

With that being said….

Rumors are Invicta is Signing with UFC Fight Pass….

This has been the heavy rumor since April on the major MMA websites. I see some big problems with this happening.

A major thing is the identity of Invicta and the UFC being blurred. Fight Pass is run by Zuffa, the parent company of the UFC. As such, they want control of what comes out of the service, and Dana White’s vision on WMMA is way different than Shannon Knapp’s, as much as they have a working relationship. Knapp emphasized she wants to have control of the product as a whole and it was important to her. I don’t think Zuffa would let anyone do that.

If they do Fight Pass, the UFC would have to pay Invicta and in turn the fighters. Knapp wants to pay the fighters a reasonable purse for their fights and seeing how the UFC pays fighters on their undercard and on their “Fight Night” cards, I don’t suspect that will fit that criteria.

From my talks with Knapp, it sounded more like it would be a tv network versus a digital service. If I were to speculate (and this is only speculation) it maybe Fox Sports 1. One reason I feel that this is the case is Fox Sports 1 suddenly started using Invicta footage starting in April.

For those who are saying what is the difference – Fox Sports 1 is much more open to let sports promotions control their show’s content than the UFC.

Invicta is dying since the UFC has pillaged their talent…

Let me take you back to InvictaFC 1. The only worldwide know name on the card was Marloes Coenen. Since then they developed talent that have became recognized names in the MMA main stream. People like Carla Esparza, Bec Hyatt, Jessamyn Duke, Leslie Smith – the list goes on. Invicta is here to build female fighting stars and it has succeeded. If there is any proof of this, it is that the UFC is scooping up their talent.

Current status of Invicta? There are four of the five champions still there. The strawweights have rebounded by the promotion doubling the roster since the UFC took eight fighters, and Invicta has signed major international talent to expand their brands worldwide.

As for Lauren Murphy wanting to jump to the UFC, I don’t think Knapp has a problem with it. I don’t either. Remember, there is always new fighters to groom and there is a list of them (yes even batntamweights). By the way. Muprhy was one of those fighters the MMA main stream probably would have never heard of before Invicta.

If you don’t know about the talent already signed, you need to check them out. They are all future stars in the sport and you will find a fighter you will connect with.

What will happen when the announcement is made?

The exact “when” is not known, but Knapp had told me she always has dates open to give the fighters at least a 6 week fight camp. When the details are released, we can expect at least one date announced with the main event (most likely Cyborg vs. Gomes) and several other fights on the card. If Knapp holds true to form, the card will have 9-10 bouts.

As I stated in the open letter, a second date will most likely be a month after the first card to make up for lost time. If that date will be announced with the first card, I am not sure. Knapp stated she had a mock card for both events.

On one of the two cards, Michelle Waterson will defend her title.

As for where, not sure. Knapp wants to “take the show on the road” so it won’t surprise me if she does a card outside of Kansas City.

Hope this answers some questions and gets you inside my thought process. Remember if you have any more questions tweet me @wmmanews.