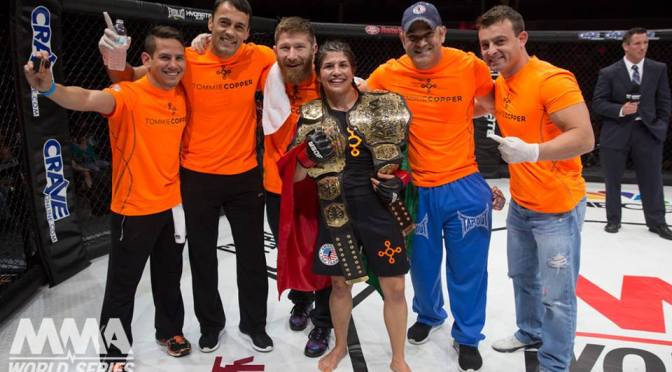 As 2014 ends, many of the top fighters stay at #1 with some fighters moving weight classes.

With Pannie Kianzad’s drop to 135 and inactivity at 145, all the featherweights with the exception of #1 ranked Marloes Coenen moved up a spot. Maria Hougaard re-enters the list at #10.

With Kalindra Faria and Nina Ansaroff’s UFC debuts at strawweight, they drop off the flyweight list. DeAnna Bennett (4) and Juliana Werner (5) move up a spot respectively. Zoila Frausto (6), Aline Serio (7), and Elaine Albuquerque (8) all move up two sports. Debuting in the top 10 are undefeated flyweights Reina Cordoba (9) and Marina Moroz (10).

The bantamweight and strawweight top 10s stays pat to close out the year.

With Invicta 10 approaching, and the UFC crowning its first strawweight champion, we suspect 2015 will begin with a lot of shifting in the rankings.