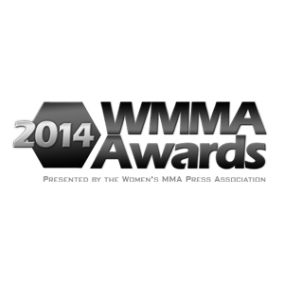 The WMMA Press Association have announced their 2014 Award nominees.

This is the the longest running awards for the female divisions of MMA as we enter our 6th year. Six websites from across the planet are a part of the committee this year which is a cross section of women’s MMA experts:

The committee will vote for all but one of the awards. The Fan Favorite Award’s voting is open to the public and you can vote here. The “Might Mia Hayes Inspirational Fighter of the Year” winner will also be announced, as well as the recipient of the “Legacy Award” – going to an individual who had helped the sport grow.

The winners will be announced the weekend of January 10 on special editions of the Wombat Sports and Pro WMMA Now podcasts.

Here are the nominees:

Fighter of the Year

Winners of the divisional awards will be eligible

Featherweight of the Year

Bantamweight of the Year

Flyweight of the Year

Strawweight of the Year

Atomweight of the Year

Fight of the Year

Knockout of the Year

Submission of the Year

Newcomer of the Year

Amateur of the Year

Promotion of the Year

Sponsor of the Year

Headline of the Year