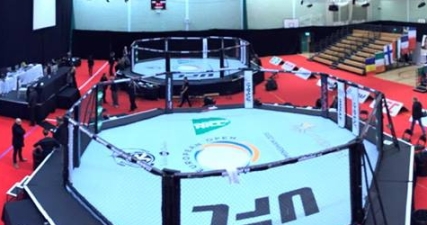 The finals of the first ever European IMMAF Amateur European Open are now set.

Finland and Sweden came out the big winners of day 3 with each sending three of their female fighters to the championship rounds.

Swed Cornelia Holm had the best submission of the female division tournaments so far with an Americana submission over France’s Celine Provost in a featherweight semi-final.