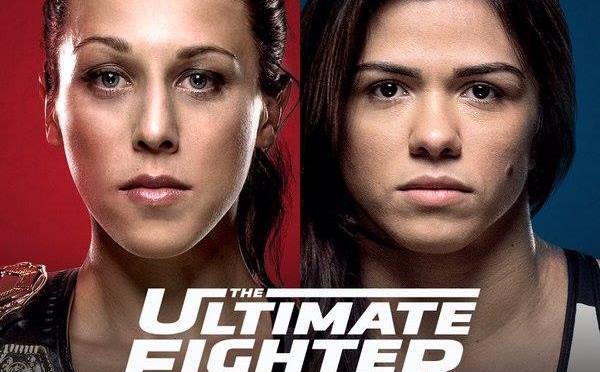 Invicta has mapped out its year according to President Shannon Knapp on Sherdog’s “Beatdown”.

Five dates were announced, with a possibility to add another if the promotion decides.

The first was already known, March 11 at the Joint in the Hard Rock Casino in Las Vegas, Nevada. Eight fighters have been announced for the card, while matches will start to be announced this week:

The card is expected to be the beginning of

The rest of the years pans out this way:

Alexa Connors has signed to Invicta.

Connors (7-1 amateur) has won four straight, all by finishes. The South Carolinian is much needed in the Invicta bantamweight division. Her debut is yet to be announced.

Charmaine Tweet will not be on the InvictaFC 16 card, but will see action that same weekend.

Tweet (7-5) is coming off a  TKO win over Anna Baron in their trilogy match in October on Prestige’s debut event. Miele (5-2) has been making strides of her own, coming off a submission win over Jamie Driver earlier this month.

Tweet also announced she has signed a new four fight deal with Invicta and looks to fight again for them soon.

The worst kept secret in MMA was finally announced.

Joanna jedrzejczyk and Claudia Gadelha will coach the Ultimate Fighter 23, which will air on Fox Sports 1 starting March 20. The cast will be made up for female strawweights and male light heavyweights. The cast will be announced soon.

The season will culminate July 8th in Vegas on the live finale. The main event sees the rematch between Jedrzejczyk and Gadelha, this time for Jedrzejczyk’s strawweight title. The match will air on Fox Sports 1.

Bec Rawlings will once again fight in her home country.

Rawlings (6-4) is coming off a win over Lisa Ellis after dropping her official UFC debut to Heather Clark. She is returning from a leg injury.

Ham (16-6) is the former JEWELS atomweight champion and is coming off a fight of the night performance win over Cortney Casey in a short notice fight for Casey. Ham would lose her UFC debut to Joanna Calderwood in a three round war on short notice.

DEEP JEWELS has announced its full card for its card March 6th.

Deep Jewels Strawweight Champion Mizuki Inoue, fresh off her win at Invicta, will take on Nori Date in the co-main event.

Shootbox champ Yukari Yamaguchi will lok for her second win in MMA as she takes on Hana Date.

Here is the complete card:

The Kansas State Athletic Commission has made a sweeping change to their weigh-in policy.

Starting with Bellator 150, fighters can officially weigh-in early between 10 a.m. and 2 p.m.  Kansas time before the streaming ones at 4 p.m. If they miss weight when they do hit the scales, even if they do it early, they will have two hours to make weight.

Bellator 150 sees Lena Ovchynnikova take on Rebecca Ruth in a flyweight match that will air on Spike February 26.

Ronda Rousey’s coach Edmond Tarverdyan may not be able to corner fighters for quite a while.

News came out last week Tarverdyan’s corner’s license has been revoked in California and he is looking to appeal the ruling. The California State Athletic Commission noted that Tarverdyan lied on his application for a license, as he put “No” under  regarding his past criminal offenses in his April 2015 application. In December 2010, he plead “no contest” 2 counts of misdemeanors identity theft and one count of resisting arrest. He was sentenced to one day in jail, 30 days community service a $610 fine, and was put on three years probation, and .

The appeal hearing will be February 2.

Sports Droppings is reporting UFC star Juliana Pena will be in court February 23 in Spokane, Washington on charges pending from an incident at the Zola Bar & Grill December 20th. Pena is charged with two misdemeanor charges of assault in the 4th degree . The maximum sentence is 1 year in county jail and $5,000 fine.

The UFC have yet to make any formal comment on the matter, but we expect Pena will be out of action until the matter is resolved.