It was a sad night for the women’s divisions of MMA.

After losing to Raquel Pennington by decision this past Saturday, Miesha Tate stated she was hanging up her gloves. “It’s time for the next generation” Tate explained in her post fight comments. 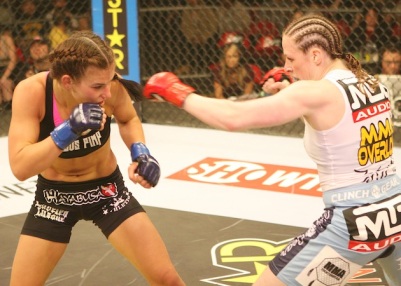 When I first started covering the women’s divisions of the sport, one of the first I got to interview and cover was Miesha. It was right after she lost to Sarah Kaufman in 2009; Tate was a last minute replacement going into the fight. I remember how impressed I was with her wrestling, and how warm and friendly she was.

Her career before then saw he recover from a brutal KO loss to Kaitlin Young to win five straight. It was a signature of her career to come back from brutal to go back on win streaks. Very few fighters could do that, especially like her.

The Kaufman loss propelled her on a six fight win streak, which concluded in her biggest win to date, a submission win over Marloes Coenen to win her first ever world title in Strikeforce in 2011. This after winning an one night tournament to put her in that position. 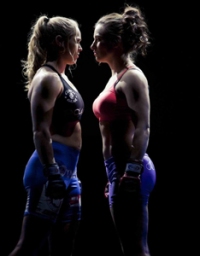 In every fighter’s story there must be rivalry and that came in the form of an Olympic medalist Ronda Rousey. Rousey’s decision to drop to 135 pounds in 2012 started was a heated feud between the two, as the promotion decided to give the undefeated phenom a direct title shot. Rousey wasn’t as outspoken and didn’t pick up her “Rowdy” persona until this war of words started, hyping what was the biggest bantamweight title fight to date.

Even though Tate would come out on the losing end having badly injured her arm in the process, she climbed back in the cage only a few months later, submitting Julie Kedzie by an armbar, which was cathartic if you think about it.

The UFC decided it was time to bring in the women’s bantamweight division into the fold, with a lot of it due to the Rousey-Tate feud earlier in the year. Tate’s UFC beginnings saw her drop two straight to a then undefeated Cat Zingano and a second match with Rousey.

During that time, Tate was planting the seeds of her career post fighting. She coached against Rousey on the Ultimate Fighter 18, a first time the show had females in the cast. This grew the passion to start coaching on a regular basis and she soon found a home at Xtreme Couture, rejuvenating a women’s team that had lacked focus and development. 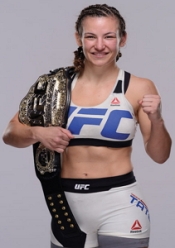 Her second fight with Rousey saw Tate with vast improvement in her game, so much so that Rousey was taken to the third round for the first time in her career. She again lost by way of armbar, but ran up another five fight win streak, which again gained her a world title, this time in the UFC. The Holm fight showed Tate’s heart and mental toughness heading to round 5. Down in the card, she was able to submit Holm for the belt. She has the only fighter outside of Rousey to have claimed both a Strikeforce and UFC title in the women’s division.

A devastating loss to Amanda Nunes may have told Tate it was maybe time to call it a career. Her loss to Pennington sealed it.

Love her or hate her, Tate has been more than just a fighter in the cage. She has loyal and caring fans from around the world and she shows her love back to them. She is a genuine person, who had to been heroic in more than one occasion saving people frm dangerous situations. She has given back to MMA, helping to coach and mentor fighters both male and female. Her fight knowledge and stunning looks also helped her represent the sport and encourages women and young girls to take up fighting; if not for competition but for personal reasons.

What now for Tate? Don’t expect her to be quiet and fade from the sport anytime soon. She is still head coach of the women’s team of Xtreme Couture. She is competing in a grappling match against Jessica Eye at Submission Underground in Portland, Oregon December 11 which will stream on FloGrappling.com. Tate also has a successful weekly interview podcast, which we won’t be surprised expand now she does have time to do it. Many journalist and fans are also calling on Fox Sports 1 to put her in the commentator desk full time, having done some sporadically in the past.

Not to mention Tate, who starred in “Fight Valley” earlier this year, maybe looking to act again.

What does Tate’s legacy hold? She’s two time champ with one of the biggest feuds in the history of MMA; the Queen of the comeback; one of the toughest female competitors to step inside a cage. She is a woman who helped carry the sport between the Carano and Rousey eras with a legion of fans. A first round a hall of famer.

Or have we seen only the the tip of what Miesha Tate can do as she ventures onward past her fight career? We can’t wait to see.

Thanks for the memories Miesha.

One thought on “Miesha Tate: A Career of Adversity and Triumph”