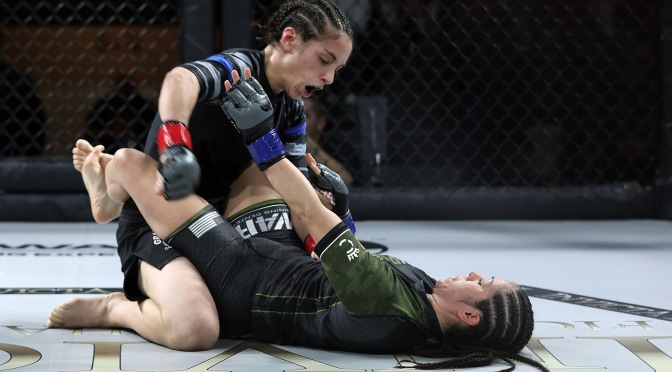 There has been huge debates on what women’s weight classes are sustainable or not.

This year I decided to give you a glimpse of the current and future health of the divisions broken down. Since I did both amateur and pro stats this time around, I can give you some insight into what I have been seeing and calm down some worries.

There were 29 professional fights in the division and 21 amateur fights so far this year. This only accounted for 7% of total fights.

There were 15 pro debuts versus 12 amateur, which is a solid sign, seeing a lot of amateur do drop a weight class when they turn pro and since there isn’t a pinweight division yet in any major promotions. (There were 1 pro and 3 amateur 100 pound pinweight fights in the past 6 months). Expect some strawweights to make the drop. Interesting note – Marisa Messer-Belenchia and Grace Nowak made both their amateur and pro debuts together this year. Belenchia won both fights.

A combined individual 86 fighters fought at atomweight (53 pro; 35 ammy; as mentioned before two fought in both) with two (pro Priscilla Gaol and amateur Kristi Garr) having had three so far this year.

The most popular way for a pro atomweight to win a fight was by decision (17). Submissions and TKO/KOS were tied with 6.

In the amateur ranks, it was closer, with decision (9) just edging TKO/KOs (8). There were 4 submissions.

2 thoughts on “2018 First Half Stats in The Womens’ Divisions Part 3: Atomweight Breakdown”