History will be made Friday night as a new tournament format will be introduced, and a new champion will be crowned.

The Phoenix Rising one night tournament takes place Friday night in Kansas City and will be live on UFC Fight Pass. One round fights happen for the quarter and semi-finals, with the finals being three rounds. The winner takes home the strawweight title, vacated by Virna Jandiroba, who has signed to the UFC.

Finishers receives bonuses in each bout, with the fastest finisher in the quarterfinals getting her pick of opponent.

Two of the initial entrants will not be taking part. MIZUKI had complications with her weight cut and had to withdraw.  Janaisa Morandin missed weight and was taken out of the tournament.  Reserve fighters Manjit Kolekar and Amber Brown have gained entry into the tournament, with Alyssa Krahn versus Itzel Esquivel being the lone reserve bout on the card.

In a non-tournament affair, Kay Hansen versus Magdaléna Šormová will serve as the co-main event.

The quarterfinals draws and weights are as follows:

Unlike previous primers, we will just be breaking down the fighters going in and not the fights; with the exception of the Hansen-Šormová bout.

“The Bully” is back at strawweight after mixed success at atomweight. She is coming off a loss to atomweight contender Alesha Zappitella. She is 1-4 in her last five bouts and looking to get back into the win column. Her boxing could be an asset in the one minute rounds.

Since her return to MMA after a two year absence, Jacobson has went 1-3. She is looking to get back into her groove. Jacobson’s wrestling will be interesting as she needs a quick finish in order to take the advantages it provides in the one round fights.

Kolekar has found a training home at Syndicate MMA with Coach John Wood and Roxanne Modafferi. It was a big step, but a tactical one, as she wanted to step up her game. Having only lost by decision, her boxing will do her well in the one round fights.

Training at AKA with some of the most elite athletes on the planet, Van Buren has back to back wins, and looks to continue her streak. All of her finishes have come in the first round. 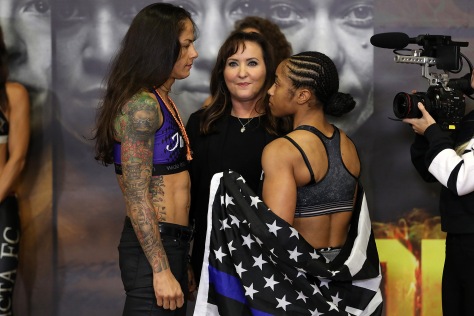 Having gone 2-3 in the UFC with a split decision win over the number 1 ranked atomweight Seo Hee Ham, Taylor had a solid decision win over Montserrat Ruiz in her InvictaFC debut this past December. The corrections officer has been working on her Muay Thai striking as of late. It has been a while since she had a first round finish.

After going 3-3 in the UFC, with a win over current title contender Nina Ansaroff, Lima returns to Invicta. Lima trained part of her camp in Thailand, with the last half at Gracie Barra in Texas.  Her Muay Thai could be useful in the one round fights, but hasn’t had a first round finish since 2013.

It wasn’t a great experience in the UFC for Curran, who went 1-6 in the promotion. It may have a little too soon for Curran to try her hand in the UFC, but it has been proven time and time again Invicta can change your career quickly. She is most likely the biggest underdog in the tournament, having yet to finish anyone under 2 rounds.

The IMMAF world champion has been impressive with all three of her wins in Invicta. She has spent the latter part of her camp at Syndicate MMA. Davíðsdóttir has yet to finish in her pro career. 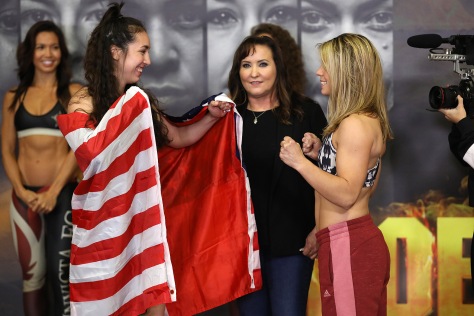 With her only official losses being split decisions, Krahn is looking to step up her game in Invicta. The Canadian is a Muay Thai specialist, which could serve her well in the bout, but she hasn’t finished anyone since 2015.

The LFA vet has been on quite a roll as of late. With back to back wins, including one in the first round this year, she has momentum coming in. She could be a dark horse in the tournament if she replaces someone. 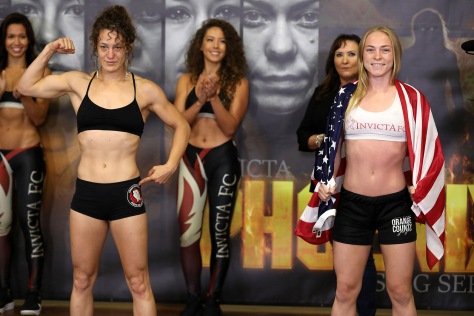 Kay Hansen (4-2): The InvictaFC staple looks to make it back to back wins

Hansen has always been eager to fight, and Invicta has been more than happy to feed that need. Having mixed success, the 19 year old is still growing as a fighter, but has youth on her side.

Šormová has fought all over the world gaining experience. Since her loss to Ayaka Miura, she has been testing herself with stronger and stronger opponents. She is on a three fight win streak.

Only once has Šormová went the distance to get a win. Hansen, however, is better in each fight and looks for an upset.