Coming off her biggest win in Bellator against Amber Leibrock, Jessica Borga has found momentum and was named Florida’s 2019 Fighter of the Year.

We talk to Borga about her training and transition to the featherweight division.

Bellator has a busy weekend and we have Denise Kielholtz on the show talking about her MMA transition from kickboxing and the women’s divisions in central Europe.

Also results from this past weekend, what is going on this weekend, DEEP-Jewels adds a division, InvictaFC gets two new fighters, and more. END_OF_DOCUMENT_TOKEN_TO_BE_REPLACED

It took four rounds for the featherweight legend to defeat former champion Julia Budd and gain her fourth world title in her fourth organization at Bellator 238 in Los Angeles.  It was her 18th finish of her career.

We were there to cover all the action from the card and get post fight reaction.

Cyborg was somewhat humbled by her title win, stating she will be giving her title belt to a child named Ryan in South Africa battling cancer. She stated she learned to be patient and more controlled over the years and looks forward to her next challenge whomever it may be.

We asked Scott Coker about the possibility of former title challenger Arlene Blencowe being in line for a title shot.

“(Blencowe) is number one on my list,” Coker proclaimed to us. “She has been blowing up our matchmaker wanting the fight.”

You can see the Cyborg’s post fight scrum below.

In what was the opening match of the main card, Emilee King upset boxing champion Ava Knight by rear naked choke in round 1. The Tenneesee native strawweight is now 4-3 as a pro.

We asked Coker if Bellator was planning an opening a strawweight division, with the company already having King, Knight, and Keri Melendez fighting at that weight. He told us they are only concentrating on the two women’s divisions they already have and not expecting to open it anytime soon.

You can see King’s scrum below.

We did get some news about the flyweight division in Coker as well.

Although a featherweight grand prix is not in the mix this year, he did express that a women’s flyweight grand prix was a real possability. If it is going to happen, it would start in September.

Coker also told us Liz Carmouche is expected to make her Bellator debut before April. 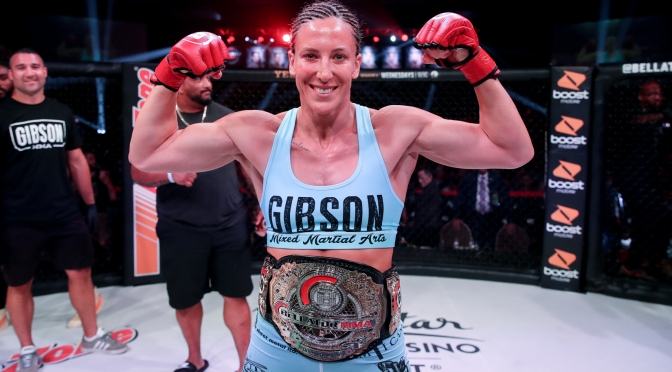 Coming up this Saturday is Julia Budd’s biggest fight of her career.

The Bellator champion will face one of the most dominate females in MMA history in Cris “Cyborg” Justino at Bellator 238 at the Forum in Los Angeles, which will stream live on DAZN.

“It’s great that people are finally really tuning in and really paying attention,” Budd told the media this week. “I’ve got an opportunity like this card to showcase it on and be the headliner. It’s just amazing. It’s great. I’m just grateful for where I’ve been and the road to get here.”

“(Cyborg) wasn’t just on my radar since she came to Bellator. She’s been on my radar my entire career.”

END_OF_DOCUMENT_TOKEN_TO_BE_REPLACED 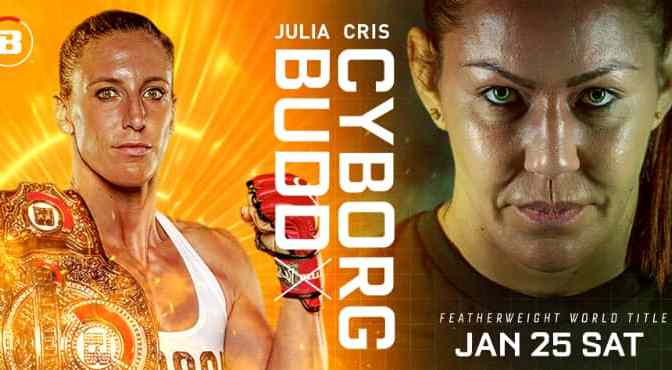 It has been almost 15 years ago since Cris “Cyborg” Justino first stepped into a MMA cage. The impressive run has been unmatched in a female division of combat sports; having gained Cyborg 3 world championships and twenty consecutive wins.

We end the year with a lot of events and news.

With her title match approaching, we talked to Kate Jackson about her fight in Hawaii at Bellator, the growth of British women in MMA, weight cutting, and her preps.

Also some InvictaFC updates going into 2020.

Plus we go over cards heading the New Years. 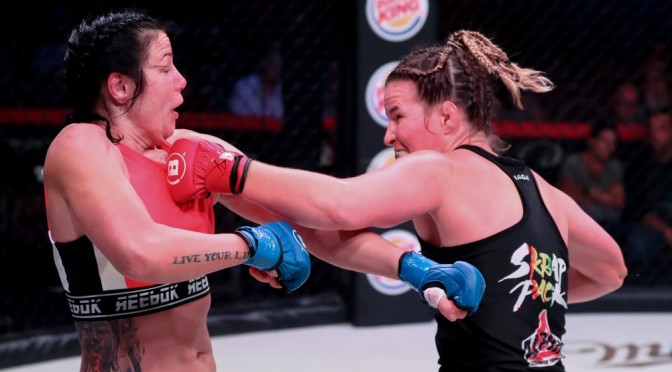 We get an interview with Leslie Smith who is facing Arlene Blenclowe at Bellator next week. We talk about the new additions to the Bellator featherweight division, her training partners, and her continued learning about her fight for labor equality.

Invicta weigh-ins shake up the card, plus I answer questions about the featherweight division and Invicta’s Phoenix Series tournaments.

In what will be a busy week between PFL, Tuff-n-uff, UFC, One Championship, Rizin, and Combates; we give you the fights to watch. We will be live at the PFL playoffs and Tuff-n-uff and our guest Chelsea Rae helps us break them down as she prepares for her own fight at Tuff-n-uff Saturday. She will also be coaching some of the Wimp 2 Warrior participants in their first MMA bouts.

Invicta was this past weekend and we go through the results and give you the line-up for the next card.

Plus a lot of news.

This week on the WMMath podcast talk InvictaFC 37 with two atomweights working their way up the ranks.

Linda “F109” Mihalec is a Kentucky based fighter with several teammates who are Invicta vets. We talk to Mihalec about her preps and how she got into fighting.

Shino VanHoose is coming off a year layoff and is looking forward to returning to action. Recently moved to las Vegas, we talk to VanHoose in studio about her fruitful career, and her thoughts on the future of the 105 division. END_OF_DOCUMENT_TOKEN_TO_BE_REPLACED

The co-main and featured bouts are tournament semi-finals to find a contender for the main event winner. Milana Dudieva (12-7) and Karina Rodriguez (6-3) will take the co-main spot with DeAnna Bennett (9-4-1) vs. Miranda Maverick (4-1) as the featured fight. END_OF_DOCUMENT_TOKEN_TO_BE_REPLACED

Taekwondo is not about points in MMA.

That is what Valerie Loureda is hoping to prove when she makes her Bellator debut this Saturday in Connecticut, which will air on Paramount Network and stream on DAZN. She will face Colby Fletcher in her professional debut. END_OF_DOCUMENT_TOKEN_TO_BE_REPLACED

It maybe the holiday season, but Juliana Velasquez isn’t focused on anything but the fight.

The undefeated Brazilian has taken the long trip to Hawaii to face former title challenger Alejandra Lara Friday night at Bellator 212 “Salute the Troops” event which will stream on DAZN. Both made weight for their bout.

We talked to Velasquez through a translator about her fight and the flyweight division.

In her match with Lara, Velasquez hopes to show how much the women’s divisions in Brazil has grown. Velasquez expressed she will have a strength advantage against Lara due to her training with men.

A win over the former title challenger will most likely gain her the winner of Saturday’s match between Ilima-Lei Macfarlane and Valerie Letourneau. Velasquez tells us she is predicting the champ will retain her title.

Where does she think she stands in Bellator? Velasquez stated she feels she has a lot of experience in terms of training as a child in martial arts, which plays a part in her being one of the top fighters in the division.

When asked about what she will be doing after the fight to celebrate, she says she will concentrate on that after she gets the win.