Wombat Sports, in conjunction with Flairdog Productions, is proud to announce “Girls, Grappling, and Grit” will have its world premiere at the Artemis Film Festival April 28th at 12:40 p.m. at the Monica Film Center, 1332 2nd Street in Santa Monica, California. END_OF_DOCUMENT_TOKEN_TO_BE_REPLACED 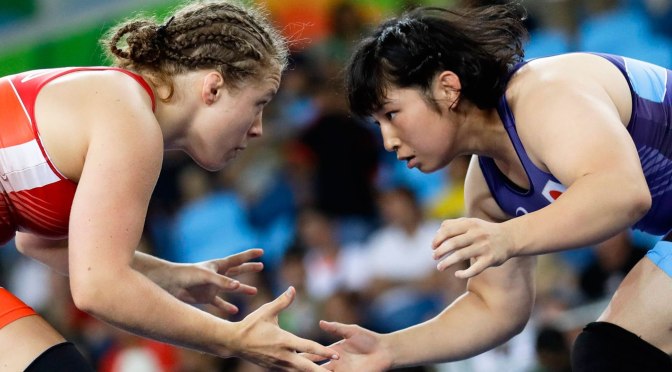 Japan took home four golds at the 2016 Olympics, solidifying their position as the best female freestyle wrestling team on the planet.

Now four time Olympic champion Kaori Icho lead the charge, defeating Valeria Koblova of Russia in the finals 3-2 in 58kg finals. Icho dropped in weight from winning gold in 2012, in which she won gold at 63kg. END_OF_DOCUMENT_TOKEN_TO_BE_REPLACED