Yukiko Seki (12-24) will take on Naomi Taniyama (1-2) while ex-pat Brittany Ann Decker (0-1) will take on pro debuter Pan Hui. Both fights will be at atomweight.

In Singapore November 7th, OneFC will feature a women’s bout between hometown fighter Kristie Gannaway and Malaysian Adek Omar. Both will be making their MMA debuts.

The fight will stream on OneFC.com for $10.

Tomimatsu (7-8) is coming off a loss to Mizuki Inoue in a match for the D-J 115 title. She is looking to jump start her career again after having back to back wins before the loss.

Song (1-4) got her first MMA win in July by TKO over Hazuki Kimura.

Amy Montenegro will be looking for her 5th win as a pro taking on Denver’s Diana Rael in Worley, Idaho November 13th for King of the Cage.

Montenegro (4-1) has gotten three of her four wins by submission. Rael (5-3) will be moving up to 115 for the fight, having back to back finishes in her last two fights.

British Judoka Jaye Hayes will look for her 4th amateur win in MMA talking on Sinead Kavanagh at  SBG Ireland December 6th for the British bantamweight title. Hayes has defeated all of her opponents in under two minutes, with her latest coming by 38 second TKO in September. With a win, speculation is she will turn pro.

InvictaFC fighter Charmaine Tweet was on the Fight Network’s MMA Meltdown show. She was the first Invitca fighter to do the show.

You can watch it here.

TUF 20 won’t be on this coming Wednesday like this past week due to the Major League Baseball playoffs. Should be back October 22.

InvictaFC president Shannon Knapp told us a location for InvictaFC 10 is being finalized and the card itself will “blow people away”. It won’t be in Denver, but expect a card there next year.

Sara McMann tweeted she will maybe facing Miesha Tate like she wanted. Match announcement should be forthcoming.

The Australian reality show “Wimp2Warrior” is expecting to ink a deal with an US tv network shortly ahead of their US vs. Canada season.

Several organizations have stated they have all female cards in the works. Some news soon.

Two matches are set for RFA’s card Friday night in Prior Lake, MN.

Jocelyn Lybarger (3-1) will look for win #4 as she takes on undefeated Rebecca Ruth (2-0). Both made weight Thursday.

Lybarger is coming off a decision win over Rosa Acevedo this past April. Ruth has back to back first round TKOs.

The other match sees top 10 atomweight Cassie Rodish take on Raquel Magdaleno. Originally set for 105, Magdaleno missed weight by 4 pounds and the match will be at a catchweight. Rodish will receive 20% of Magdaleno fight purse.

Lybarger versus Acevedo will kick off the main card which will air on AXS TV. Rodish and Magdaleno will be on the untelevised prelims, but may air if time permits.

In other pro bouts:

Fight Hard MMA has eight female fights lined up on Saturday in St. Charles, MO. The main event features the finals of their bantamweight tournament. Inspiration fighter of the year Susie Wyatt will also be in action.

Here is the complete card:

In other amateur bouts:

Nemedi (7-0) has finished all but one opponent in her unblemished career. Nadj (3-3) is coming off a win over Nada Miladinov and is looking for the upset.

In other boxing action: 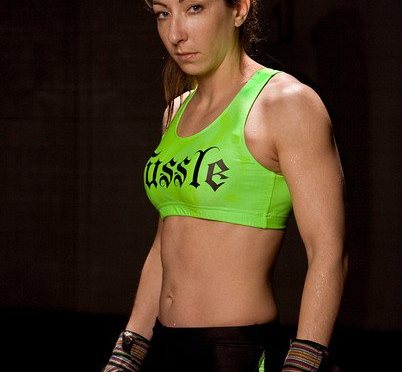 Every fighter has their story and we were out at The Ultimate Fighter 20 tryouts to find some.

We were able to talk a majority of the fighters looking to put their name in MMA history and become UFC stars overnight. Here is the last set of interviews of some fighters you should know who maybe the first ever strawweight champion.

You can watch the first set here and the second set here.