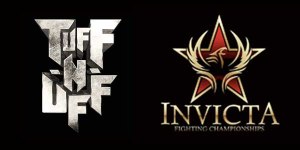 Coming off a successful strawweight tournament this past spring, Tuff-n-uff announced the participants for their upcoming featherweight and lightweight tournaments starting November 7 in Las Vegas. The winners will receive InvictaFC contracts.

In the 145 tournament semi-finals, Leah Letson (4-0) and Pamela Sorenson (5-0-1) will duke it out in a battle of undefeated fighters.

Letson made her MMA debut late last year and has two TKOs to her credit. She is a student at the University of Wisconsin and an National Guard Airwoman.

Sorenson train out of the Cellar Gym in Minneapolis and has won all of her fights by submission.

In the other semi-final, Heather Wilson (4-1) will take on Paola Ramirez (3-0). Wilson has a solid ground game and has a recent win over Anna Symonds. (You can watch that fight here.) California’s Paola Ramirez has won two of her three fights by TKO.

A vet of the RFA, Konyek started her MMA career in December with back to back wins. She trains with female prospects Jozette Cooton and Lauren Barefoot.

In the other side of the bracket, Leanne Foster (3-1) faces  Felicia Spencer (3-1). Foster hasn’t lost since her debut, and has since dropped from 170 down to 155. All of her wins came in the first round.

Spenser also hasn’t lost since her debut. A former teammate of strawweight tournament winner Jamie Moyle, she has a black belt in Taekowndo.

No word as of yet if the fights will be streamed. The semi-finals will happen November 7 at the Cox Pavilion on the UNLV campus. The finals will be held in early 2015.