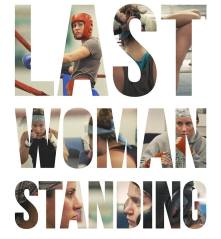 Two female boxers were looking for the Olympic dream, but only one represented their country at 75 kg.

“Last Woman Standing” documents two of the best amateur boxers on the planet in Canada’s Mary Spenser and Ariane Fortin as they seeked to become Olympic gold medalists. Even though the two became fast friends on the amateur boxing circuit, circumstances beyond both ladies’ control would put their friendship on hold.

The documentary isn’t as much about the friendly rivalry of the two, but how circumstances aided one and hurt the other. The pressure of one being in the limelight with the hopes of a nation on her shoulders, while the other feeling slighted by what she felt was an unjust system and trying to find a way to make her Olympic dream come true despite the adversity.

The documentary also alludes to the unfairness in women’s Olympic boxing of only having three weight classes. Many boxers had to drop or move up in order to fulfill their dreams of being Olympians. The film shows some of the many reasons why 3 weight classes aren’t enough to support the bevy of talent across the globe. (A campaign is underway to add more weight classes in 2016.)

It’s a poignant tale which gives you a sense of why both women are fighters in the truest sense of the word, and the mutual respect both have in a world where you must literally beat your opponent to be the best in the world.

You can watch “Last Woman Standing” now on Amazon and iTunes. You can also purchase it on DVD at ProspectorFilms.ca.